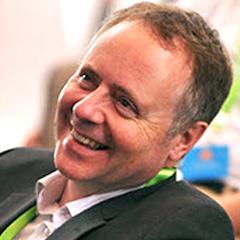 Chris studied French and German literature in the UK before going on to teach there. After moving permanently to Germany in 1985, he worked as a translator for a technical publishing house, becoming its general manager in 1991. In 1992, his interest in machine translation and translation automation took him to the Siemens corporation in Munich where he worked on the METAL machine translation project for several years. He finally left the project to join a translation company (S&D) which was eventually sold to the Lionbridge corporation. Chris stayed with Lionbridge to become their managing director in Germany, before moving to SAP AG (now SAP SE) to set up a global translation suppliers network – the SAP translation ecosystem. Since then he has driven the establishment of the ecosystem in over 45 countries including China, Russia, India, Iran, Kazakhstan and, most recently, Malaysia.

The talk will touch on the following points:

2.       Language becomes a product feature not an afterthought

3.       Big data and big data technology will become a really disruptive force instead of a potential one

4.       There will be a shift in the value-adding activities associated with translation and language services

5.       All this will have a profound effect on the language services industry in and beyond Europe